Today I complete 1 year since I left Brazil to come in exchange at Brest and this has been an amazing experience. So many great things happened that I'm not really sure what to talk about. But, in the next days, I'll make a series of blog posts about it covering different aspects, some about personal stuff or my personal growth here, some about my professional experience and some about random stuff. 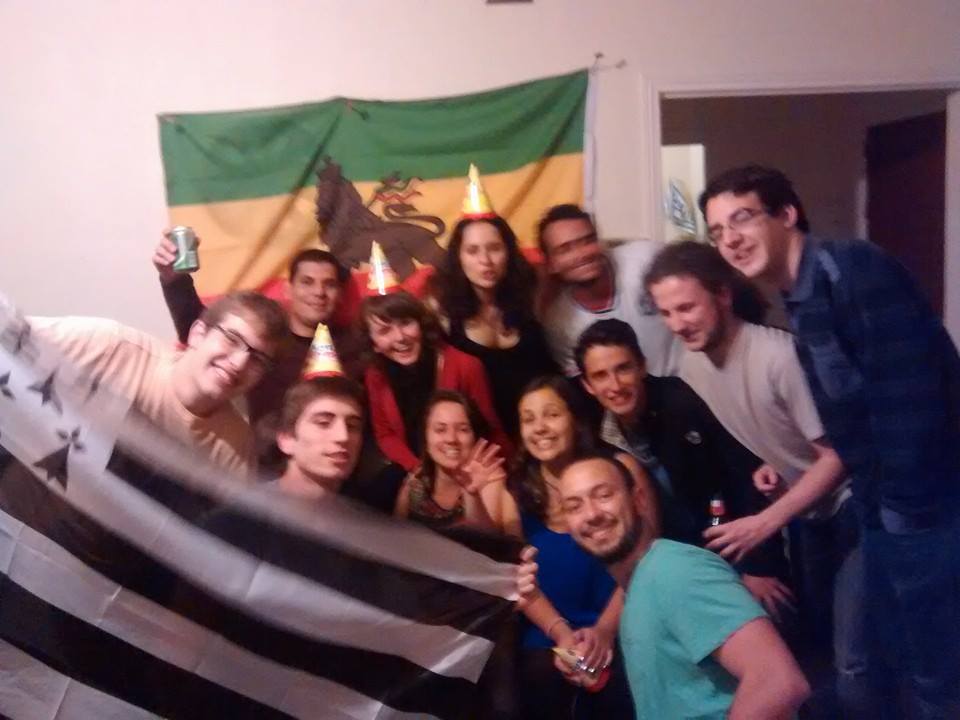 I'll start with my initial goals, my reasons to come and the program that brought me here.

My university back home, PUC-Rio, is very reputed, one of the best of Latin America, maybe the best of the country for my course specifically, but also very expensive. Very, veeeeery expensive. I made the exams to enter there just because "who knows" and some peer pressure, because I was sure I had no chances of going there. I was approved. There and in some other great public universities too (they are 100% free in Brazil and apart for PUC and few others, they are more reputed than the private ones). It turned out they offered me a 100% scholarship due to my family's financial condition, so I decided to go. However, even with the free tuitions, it was not free. My parents lived 2-3h away from the university, that means I'd have to move. And by doing so, I acquired debts. So I started working on my free time to pay those debts and by the 4th semester the university decided to cut 40% of my scholarship because now I had an income (my grades were always good and were actually better then for some reason). It was stupid. It didn't matter to them that it was not enough and that I was working my ass off. It didn't matter to them that my grades were great. It didn't matter to them that I no longer had that job and was back to my initial situation. Get a loan, you have good grades, you'll get a good job and pay this easily, they told me. Well, I was fucked. 40% of absurdly expensive was still sooo expensive. I didn't want to acquire tens of thousands of BRL in debt, so I started searching for options. One of those options would be contacting one of the other universities I was accepted 2 years earlier and see if I could transfer. The curriculum wouldn't be a perfect match and I'd graduate late, but it would be ok. They would also not be as great, but that would be ok. And I would still have to work my ass off to pay for my cost of living. 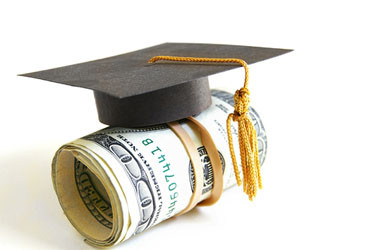 Then my dad told me "it will be ok, you can stay there, we can do it" and we made a plan. I had recently heard about the Science Without Borders program, a Brazilian program that grants selected students with 1 year of scholarship to study abroad, all costs paid (tuition, housing, health insurance etc.). So, I would apply and see what happened, get an internship to keep paying for my cost of living, he would sell his car and refinance a new one to pay for the current year and, if I was accepted to the program, by the time I got back he would have age to retire but would keep working, which meant a little extra and we would survive until I finished the university. (Dad, I know you are not reading this, but I <3 you) If I were not accepted in the program, I would then try the transfer option.

The program worked this way: First, I'd have to go through an internal process on my university, get a motivation letter, recommendation letters, do an interview and be classified by CR (Coeficiente de Rendimento or Performance Ratio, GPA equivalent). If approved, there's the next phase. We have to pick one country participating in the program, do a proficiency exam on a foreign language if applicable, then be classified by this exam and our last grades on ENEM (Exame Nacional do Ensino Médio, a standard exam we do to apply to most universities in Brazil). Most countries required English proficiency, even when that's not their official language, such as Netherlands or Hungary, because the courses were offered in English. France, Italy, Spain and Germany required their respective official languages. They did not require you to be fluent, though. If I knew just enough, I'd be alright. A 2 month course in the required language would be offered to selected applicants, no course would be offered to those already fluent. 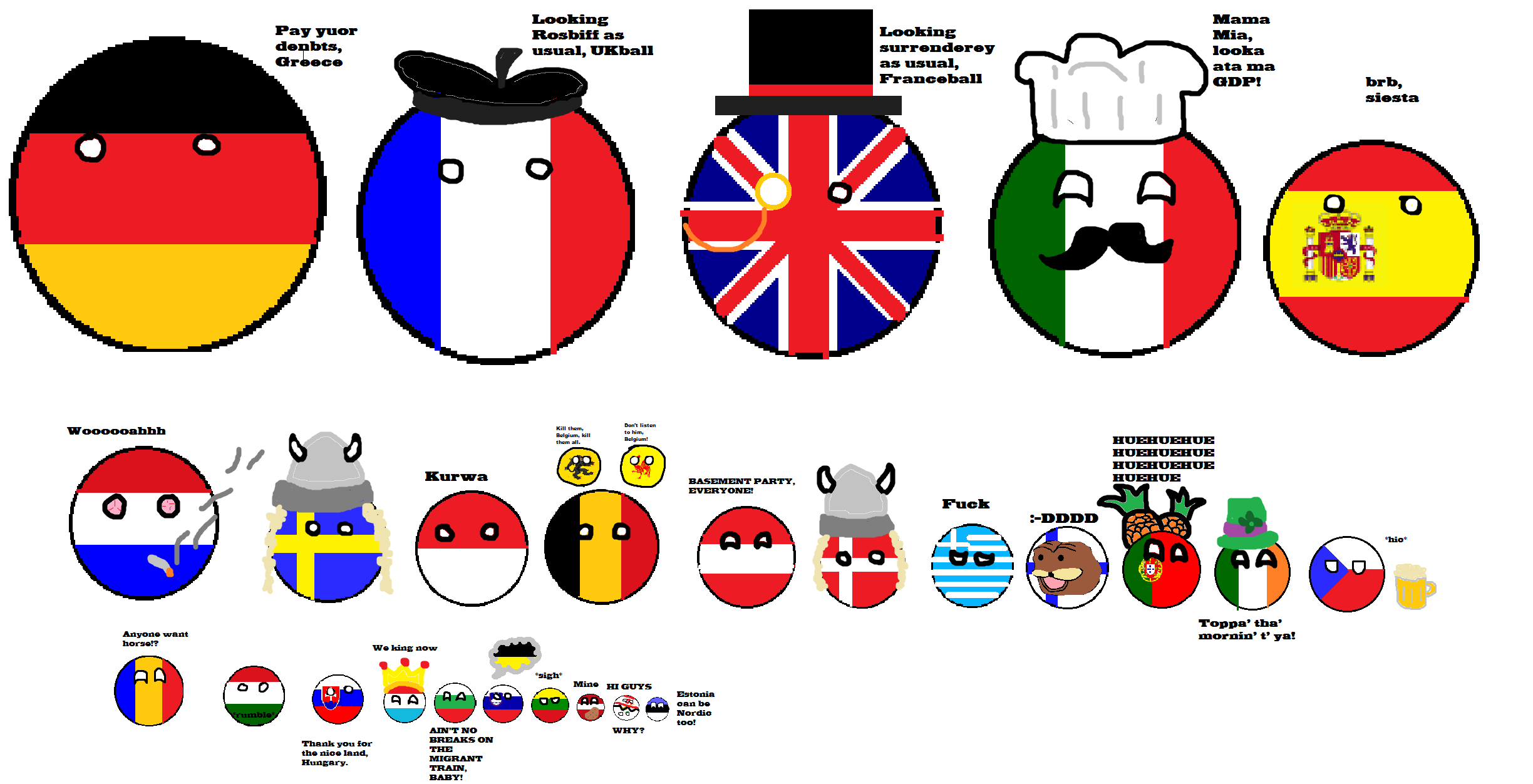 I started to ponder what were my goals with this program. I'd like to profit the more I could from it, not just get 1 year of free studies. I decided I wanted to grow both personally and professionally. I figured Germany would be a great place for that, it's very strong in tech and I'd learn a new language. Unfortunately, I didn't know enough German to pass the proficiency test, so I picked France instead since I knew a little French. I'd study some more and if I got approved, hopefully by the end of the year I'd get the hang of it (I did! yay! :D).

So my plan worked! I got approved and sent to ENSTA Bretagne, at Brest. A little isolated, but hey, I'm not complaining. It was summer here, but it was colder than winter at Rio. Nevertheless, since I was studying and working at the same time back in Brazil, I never had the time to relax a bit. Here I'd have "only" studies to do and, for two months, I had only French classes which was light, so I even managed to get a tan on my free time. Crazy, right? Girl leaves Rio, gets tan at Brest. 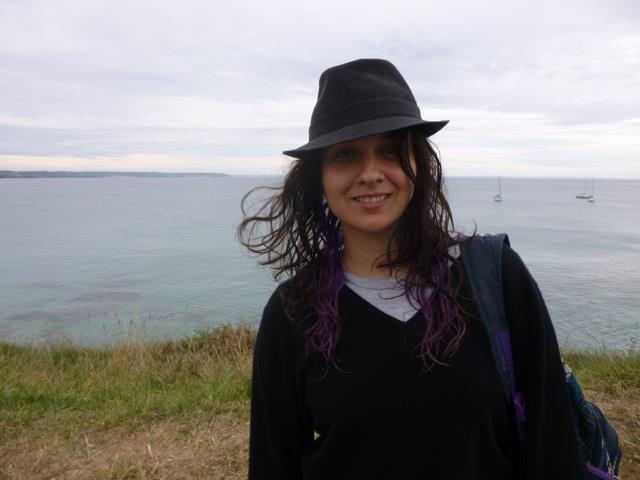 Brest is famous for having shitty weather, but the summer was quite nice